Being a PR Professional in India: Expectation versus Reality! 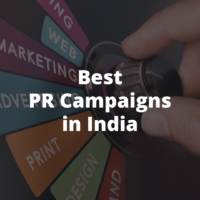 A well-planned PR campaign can have a long-lasting impact on your brand’s reputation and public image. A PR campaign is not just used to create awareness about a new product or service that the brand has come up with, but it can also be proven to be an effective tool to communicate social messages that need to be addressed and brought to attention. There are many Public Relations Campaigns in India that have created an exceptional impact with their well thought and effective campaign backed up by their way of communicating it effectively with Storytelling.

A PR campaign is successful when it has a clearly defined purpose along with a strong narrative followed by the right distribution method.

One of the many campaigns proven effective during the challenging times of Covid-19 is the #StayHomeStaySafe campaign by Weber Sandwick for the Bill and Melinda Gates foundation. Dharavi infamously known as the world’s largest slum has a local culture with multiple dominant languages, high rates of illiteracy, and toilet facilities shared by multiple households. Making the task of preventing the spread of Covid-19 challenging. Staying home, isolating, and practicing good hygiene are a few ways to limit the spread of COVID. In order to facilitate this message and to champion social distancing as a means of stopping the spread of Covid-19  this campaign combined culture, humor, and rhyme to create an easily understood prevention movement. The song, performed in the languages most commonly spoken in such slums, became the basis for a video featuring lip-syncing Bollywood stars. It was viewed more than 1 million times on the day it was released and has since reached 58 million viewers.

My View – The amazing part about this campaign is that the way the details such as languages spoken in the slums along with getting people from the slums to create this song and video was impressive. The level of personal touch the campaign was able to create with its target audience was impactful and action-provoking. Here is the video of the campaign which is sure to grab your attention and interest.

TC Savlon’s innovative Healthy Hands Chalk Sticks initiative won the SABRE Award for Superior Achievement in Creativity in the Diamond Category. Launched on Children’s Day in November 2016, the Savlon Healthy Hand Chalk Sticks campaign was introduced to engage children in primary schools and emphasize the importance of washing hands before eating. The chalk sticks are infused with cleansers like soap that generate lather when hands are placed under water. This makes for an engaging and memorable experience for children and in turn, helps in inducing behavioral change.  The importance of handwashing cannot be any less emphasized especially in the pandemic era.

My View – This campaign did not just create awareness about hand hygiene but also came up with a real-life solution to the issue. For aspiring PR professionals, these are examples that we must look forward to and learn for creating meaningful as well as impactful campaigns.

This campaign for ICICI Lombard by Adfactors PR was released when the country was hit by the pandemic. ICICI Lombard stepped up its digital transition and utilized its robust technological infrastructure to assist the nation in battling the COVID-19 pandemic by adhering to the strictest norms of social distancing. ICICI Lombard stuck to its core philosophy of #NibhayeVaade. Their communication not only focused on encouraging ICICI Lombard’s customers to practice social distancing but also helped them do so by providing them with the full host of services through the means of technology, fulfilling their every need.

My view – These types of campaigns emphasise the fact that if looked from a different lens all problems can be eventually solved with solutions that can create revolutions in their own way. This was an accurately conceptualised campaign that provides us with a perfect example of how a campaign can communicate its message effectively in the most sensitive of times.

Avian WE handled this campaign for their client AVON. This was a campaign for women and children who were at risk of domestic violence since they were trapped with their perpetrators. It was observed that there was a global surge in domestic violence during the pandemic. In order to address this issue AVON partnered with three NGOs – Shakti Shalini, Swayam, and Family Planning Association of India (FPAI) to create more awareness.  They organized live sessions on Instagram with opinion leaders such as Laxmi Agarwal (acid attack survivor), Vrinda Grover (lawyer), Faraz Arif Ansari (filmmaker), Dr. Samir Parikh (psychiatrist), and Roshni Bhatia (lifestyle influencer). Avon also engaged with Instagram influencers who actively talk about societal issues, such as Aishwarya Sharma, Nivedita, Priya Rana, and Naaz Arora, through which the brand was able to reach out to over a million unique users.

My View – Such campaigns hit us with the reality that while we are dealing with our own personal problems there are much larger issues that need to be addressed and dealt with. They force us to take action and start being vigilant towards our surroundings for signs of such treatments and that our small action of being more emphatatic and sensitive can prevent someone from harms way.

This was a campaign by Vicks, to emphasize its message that no matter what they provide you with a touch of care, which makes you feel the warmth of a mothers touch. This campaign touched alot of heart with a simple, sweet and extremely impactful message. The campaign tells the story of a transgender woman, Gauri, who cares for and raises an orphan child, Gayatri, despite all the difficulties society throws her way. The Vicks campaign hoped to redefine the meaning of family. The goal was to show that you needn’t be connected through the blood to be a loving unit. It is care that makes people come together, and every single person deserves it.

My View – For me this was one of the best Public Relations Campaigns in India. It endorsed the vitalness of touch of care which is why in 48 hours, with no paid media support, or promoted views, PR alone generated over 4 million views of the video. On YouTube, the almost four-minute-long video now has 10 million clicks. On Facebook, it’s been viewed 920K times with 44,000 shares!

These were just a few examples of the best Public Relations Campaigns in India out there, with alot of key takeaways. As an aspiring PR professional such campaigns provide us with the knowledge and wisdom to think out of the box and focus on creating campaigns with impactful messages along with actionable solutions to the problem. These campaigns help us understand that while coming up with any campaign we must make sure to take smaller details into consideration and not just have a brand centric approach but also creating an approach for the greater good.

Anisha is a student of School Of COmmunications and REputations (SCoRe) – Class of 2022 – Spring Batch. She comes from a beautiful city, Shillong, which is also known as the Scotland of East. She enjoys participating in outdoor activities and She is an ex- NCC cadet. She has completed her graduation in Bachelor of Business Administration, from St Anthony’s College, Shillong. She can be reached on Twitter as @anisha907 and on LinkedIn as Anisha Singh 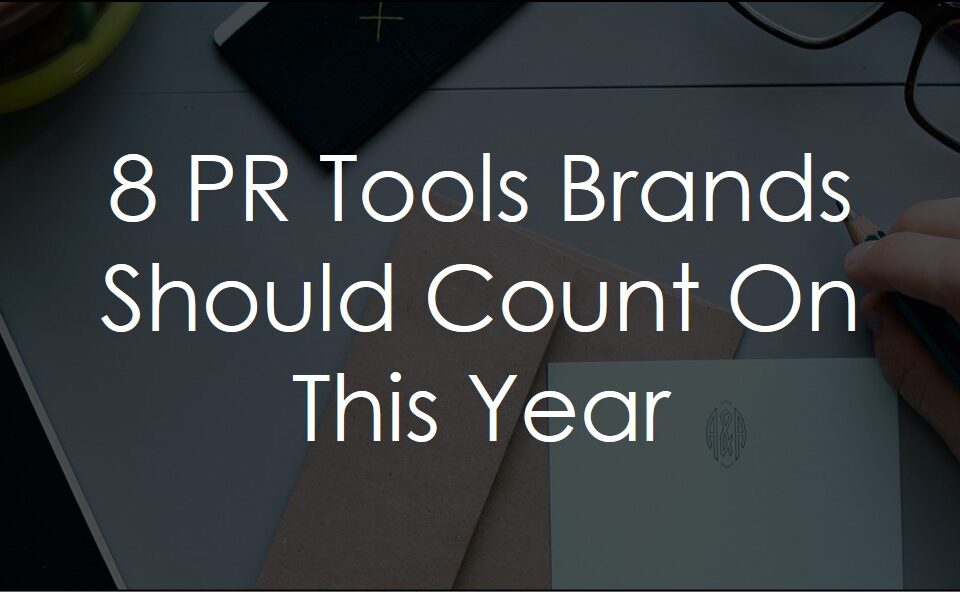 8 PR Tools Brands Should Count On The Year 2022