Why is Regional PR Important in India?

Why is Regional PR important? I always say that India is a land of regions. No element belongs to the whole of it, by cultural significance. We have 28 states and 9 UTs in India and each of them has a different culture, different language, and different way of life. We have 22 scheduled languages and more than 130 languages that are spoken by more than 10,000 people.
When we move from different states, there is so much that is different. The seven sisters for example have so many things different from each other, apart from the major difference from the rest of India.

One PR strategy targeted at the whole of India or the usage of Hindi still restricts it to 40% of the country. For a product whose target audience is the whole of India, we have to make sure that there are different PR strategies for the specific region. Selling a man in Odisha a product, advertised through Garba won’t make sense. If brands start to communicate with each region in a different manner, a manner that is specific to that region, that will garner them a lot of respect, apart from more amount of audience who can understand that and relate to it. The connection drives them to store, the experience they want to have drives them to store. That will for sure increase the share of Voice and the recognition of the brand. There are brands which seem of being of one region because they communicate so well.

Brands also have to be careful about not doing it wrong. Tanishq and Amazon mentioned two things belonging to Odisha as that it belongs to WB. There was a severe backlash to the brands over social media. If you know your target audience, you would how much claim issues they have, from Rasogolla to Netaji Bose. A Brand shouldn’t get into that trouble.

The least the brand could do is use the 22 languages in their campaigns. They have to pick up a local element that connects to the product, and use it in some form. There are a lot of pop culture references from each region as well. A brand has to be smart and make sure that it knows what target audience it wants and how not to mess it up. That is the essence of Regional PR 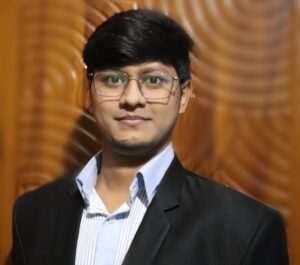 Sourav Kanungo is a student of Class of 2021 at SCoRe. He hails from the Silver city Cuttack and holds a BA-Journalism and Mass Communication (Honours) degree from BGU. A NCC RDC Cadet, he likes to produce documentaries, follows current affairs and has an interest in politics and the judiciary. He loves nature and wishes to do more to save the environment. She can be reached at @sourav_kanungo on Twitter, and as Sourav Kanungo on LinkedIn.