8 PR TOOLS BRANDS SHOULD COUNT ON THIS YEAR

The entire premise of Harry Potter is based on the constant conflict between good and evil. The good believe in the wisdom of Godric Gryffindor, one of the four founders of the Hogwarts School of Witchcraft and Wizardry. He always stood for the rights of Muggle-borns, witches and wizards born to non-magical parents, to practise magic. He even allowed them to study at Hogwarts. Then there were the evil who subscribed to the views of another founder of Hogwarts, Salazar Slytherin. Slytherin, despite being a close friend of Gryffindor’s, insisted that only “Pure-bloods” should be allowed to practise magic. With the rise of the “Dark Lord” Voldemort, a descendant of Slytherin, war raged between the good and the evil. Muggle-borns, their names now besmiched and labelled as “Mudbloods”, were exterminated along with those who stood by them. Lily and James Potter, Harry’s parents, were steadfast in their resolve to stand by the good. Lily, a Muggle-born, and James were eventually killed by Voldemort himself in their own home. Harry, then an infant, was orphaned and sent to live with his aunt and uncle in the Muggle world. Until the age of 11. This was the beginning of the end for Voldemort who, by then, evoked such a degree of fear so as to give rise to the moniker “He-Who-Must-Not-Be-Named”.

2) Predict what’s coming and upgrade yourself

In ‘The Prisoner of Azkaban’, Harry first saw Dementors, guards of Azkaban prison who sucked out every good memory out of anyone who went near them. They adversely affected those who had a grim past, including Harry, who passed out every time he saw a dementor. To punish someone, Dementors could even suck out their soul. It was the most gruesome punishment imaginable in the magical world. When Dementors began guarding Hogwarts in search of a serial killer on the lose, Sirius Black, an ex-student of Hogwarts, Harry knew he would have to face Dementors again. So, he approached his “Defense against the dark arts” professor, Lupin, with an appeal to teach him how to use the Patronus charm. The Patronus Charm was a charm that Harry’s father James had conjured to drive Dementors away. Harry got so good at using the charm that in the words of Professor Lupin, he “would’ve given (his) father a run for his money”. The charm went a long way towards saving the soul of his Godfather, Sirius Black, who, we discover in due time, was held prisoner at Azkaban for crimes he never committed. Towards the end, Harry could drive away thousands of Dementors at once, an unbelievable feat, and continued to do so throughout his journey to destroy Voldemort. Over the years at school, owing to extremely trying circumstances, he mastered so many tricks, spells and charms that he could mentor even his seniors as we see in ‘The Order of the Phoenix’.

3) Two best friends can get you through anything

Right since ‘Harry Potter and the Sorcerer’s Stone’, Harry, Ron and Hermione found a friendship that became more forceful than any life-threatening circumstance they ever came across. Even when they were not together, and Harry came face to face with evil, like in ‘The Goblet of Fire’, their love, their wisdom, their smiles played a huge role in Harry emerging victorious by the end of all such trials. There were times when Harry was determined to believe the more he cared the more he had to lose, and the war against the Dark Lord was for him to fight alone. In times like these, either Hermoine or Ron would slap him out of his delusion and make him believe they’d never leave him alone and the war was too difficult for him to fight alone. When the Dark Lord would enter Harry’s mind and torment him, both Ron and Hermione would stand by him like a rock and put up with his hostile behaviour. Such was the strength of their friendship that together they found and destroyed seven Horcruxes – seven random objects where Voldemort hid parts of his soul and assumed he was immortal. Even though they fought when the going got tough and even parted ways for some time, they always came back to each other and each realized the other’s worth in their life. They put to use all their unique skills, challenged each other to be better, and did what no one thought was possible. Such is the power of friendship. 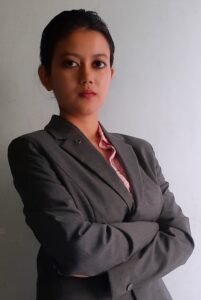 Sulagna is a student of Public Relations at SCoRe, and aspires to make it big in the world of PR. She’s a passionate learner who likes to read, write and listen, and loves spending time with children. TEDTalks inspire her and she dreams of being a motivational speaker one day, giving one of her own TED talks. She can be reached at @SulagnaChakra20 on Twitter, and as Sulagna Chakraborty on LinkedIn.