Book Review: Collaborating with the Enemy by Adam Kahane 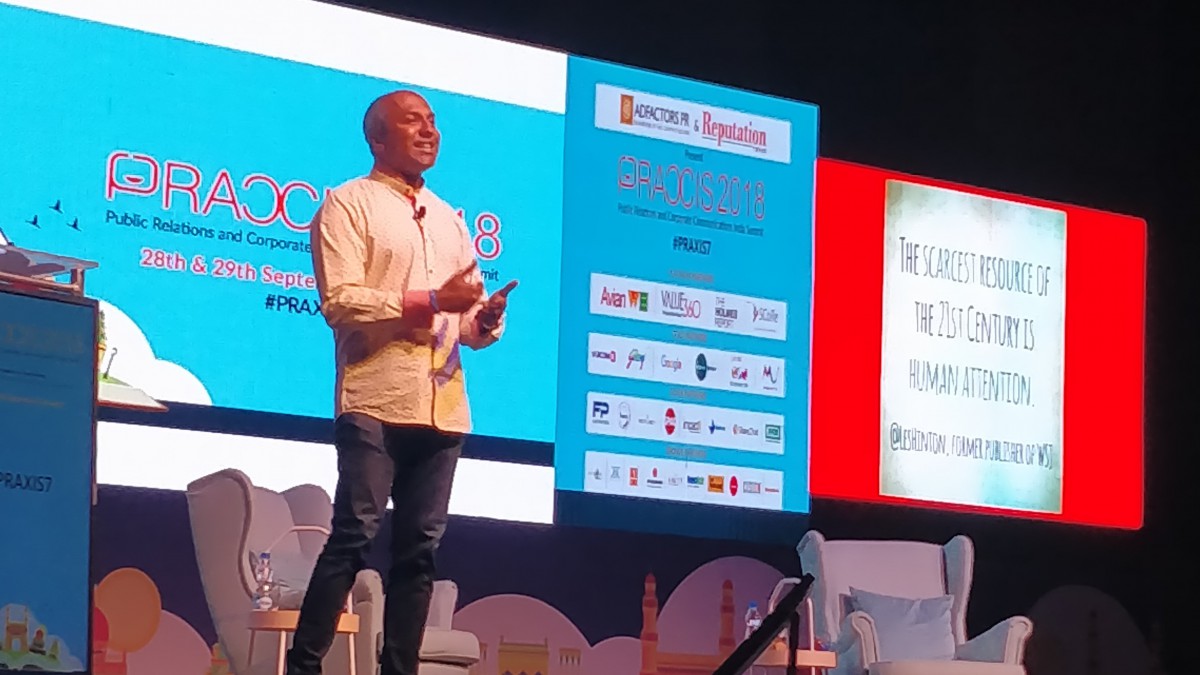 Sree Sreenivasan is prolific online, not only did he teach Social Media at Columbia Journalism School for over 20 years, but was also the Chief Digital Officer (CDO) of New York’s Metropolitan Museum of Art. He’s a co-founder of Digi Mentors, a digital consultancy firm that works with some of the world’s most important brands to get them smarter on social and digital platforms.

Sree spoke of his relationship with social media and how social media came to his rescue during trying times – specifically when he lost his job at the MET Museum. Unlike most of us who would like to keep our unemployment status a secret, Sree broadcast this news to his friends and followers online. He didn’t want to pity himself, rather it was his way to get a job! He firmly believes that this experience built his character and humbled him.

Sree’s talk mostly focused on how and why social media is such a big deal, especially in the communications sector. Digital brings clarity and can easily help dissect between what is useful and redundant in the information pool available to us; clear is the new clever. “That’s why magazines work!” he says. Magazines focus on a vertical, they post editorials that relate to those verticals and they’re filled with pictures that make the content more attractive and engaging.

Not only did Sree talk about social media applications, but also showcased them and their efficacy during his presentation. He got the attendees to play around with LinkedIn’s feature of ‘Search Nearby’, which made networking a lot easier. Not only that,  but the presentation he showcased was made using his iPhone – Sree is a firm believer in using technology to create. A key takeaway was his statement on how we use phones to consume and not to create.

To engage us further, Sree shared the names of numerous apps that he actively uses and encouraged the audience to use them too. These apps, such as Canva, Twitter Analytics, Rapportive and TripIt will definitely prove useful to everyone in the PR profession. Urvashi is a part of Class of 2019 in the Post Graduate Programme in PR & Corporate Communications at School of Communications & Reputation, Mumbai. Prior to this, she graduated as a BBA with a specialisation in Finance and Chinese from Amity University, Noida. She is a strong communicator with a creative bent of mind, who has also been successful in understanding people and extending to them. This combination has drawn her to the field of public relations. She can be reached at @96RawatUrvashi on Twitter and as Urvashi Rawat on LinkedIn